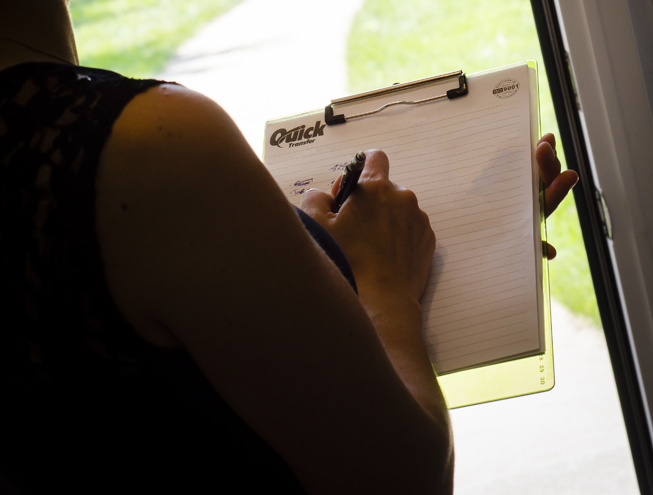 According to a study by Duck Brand tape, it takes most people a whopping 182 days to unpack! We know you don’t want to take that long, so to make things a bit easier on you we’ve compiled a list of our top five tips for what to do before unpacking. So if you’re ready to learn what it takes to be an expert un-packer, read on!

Before Unpacking, Decide on Your Organization System

One of the most common ways of organizing your boxes is to mark each one with a Sharpie, but there’s a lesser-known system that we (your favourite moving company in Winnipeg) think you might like! Instead of using a marker, put a strip of Washi tape on each box and then designate a different color for every room. Then, with the corresponding tape, mark a big “X” on each door of the new home to indicate where your items should go. Brilliant! Organization is something we know and it shows in our Winnipeg warehousing services.

What To Do First

For the sake of everything that is good, do not unpack the kitchen first! The kitchen is full of too many items that take a lot of thought to organize correctly. Instead, opt for unpacking bedrooms and bathrooms first. If you have kids, having the bedrooms unpacked is especially important since you don’t want to be hunting for their favourite stuffy at 10pm when they should be sleeping! Unpacking bathrooms early on will ensure you can have that post-move shower you are sure to need.

Before Even Thinking About Unpacking, Pack a Moving-Day Bag!

There’s nothing worse than getting to the end of the day, ready to collapse into bed, and realizing you don’t have pajamas or even your basic toiletries ready to use! To avoid this situation, pack a moving-day bag for each person in the house ahead of time. This bag should include things like prescription medications, an extra change of clothes, pjs, your phone charger and other essential electronics, toiletries, and if we’re honest, you’ll probably want some snacks too!

Most people know to budget for things like movers and damage-deposits, but what many forget is to budget for eating out or ordering in. As much as we like a good home-cooked meal, when moving day approaches, sometimes it just doesn’t happen. Also, you don’t want to be spending time cooking when you could be unpacking. To make sure you have enough for meals out or even groceries to prepare some freezer meals to pop in the microwave later, start budgeting about one month in advance.

Before Unpacking, Set Your Mind to Avoid Procrastination!

Once you’ve had a chance to relax, it’s easy to procrastinate and end up taking 182 days or more to unpack! To make things go as quickly as possible, set yourself a deadline so you are less likely to procrastinate. Try doing easy tasks first like unpacking books and cables- things that don’t require much thought. Another pro tip is to play music rather than TV. With TV, it’s a lot easier to get distracted and just end up on the couch with a bag of cheezies!

So you’ve done the packing. You’ve done the moving and, with these tips in mind, we hope you’ll be able to do the unpacking as easily as possible! Now all that’s left is to get your box cutter out and get to work!